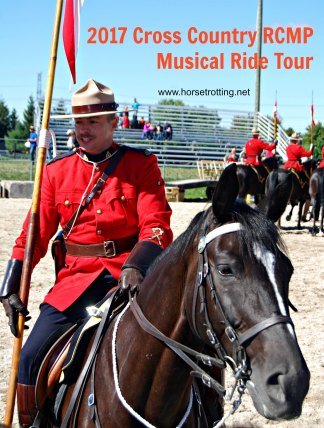 2017 marks an important milestone in Canada’s history: it’s the country’s 150th anniversary. And horses (at least for me) are a big part of this celebration.

That’s right: the country I call home is younger than most of Europe’s historic hotels (and some stables), but the 1867 establishment of confederation marks Canada’s sovereignty from Britain without nary a shot fired – or losing the Queen of England from our money.

Admittedly, this anniversary is challenging for me. While my country was officially born in 1867, I was born in 1967. That’s right. I’m officially 50 years old this year … and I have no idea how that happened.

I remember my 20s, (when I unfortunately had to give up riding) and I have some recollection of my 30s. One of the only things I remember about my 40s is getting back into the saddle. Most everything else is a blur.

So, this year as I face my personal decline, my country celebrates its national rise as one of the world’s most understated successful multicultural democracies.

Note I said understated. Jon Stewart, former host of the Daily Show, once said, “Who doesn’t like Canada? Not liking Canada is like not liking toast.”

Well then, here’s something I can toast: The Royal Canadian Mounted Police (RCMP) Musical Ride is touring Canada in 2017 to celebrate the country’s 150th anniversary. If you’re unfamiliar with the Musical Ride you’re likely… A. Not Canadian or B. Didn’t follow horsetrotting.net last fall.

I’ll forgive you either.

The RCMP Musical Ride is composed of actual Canadian Federal Police Officers who spend two to four years of their service as part of the county’s most honoured precision riding show – a tradition established before confederation and now a symbol of national pride. The Ride is a patriotic pageantry of beautiful sleek Hanoverian-cross horses.

Each year, May to October, the Mounties tour the Musical Ride through a different part of Canada. Last year, the Ride was in Southern Ontario near my home and I must have seen at least five shows, including the final season’s performance at the Ancaster Fall Fair in Ancaster, Ontario.

Admittedly, I teared up and love the fact such majestic creatures are part of my country’s national identity. (I mean the horses, of course).

This year 2017 is a coast-to-coast event with RCMP Musical Ride shows in every part of the country – and again, I plan to get to at least four or five of them .. while I still can. Like the New Year’s Eve countdown clock, time is ticking…

Interested in the RCMP Musical Ride? Check out this book on Amazon.

Note: This post contains affiliate links, meaning if you click on a link above then make a purchase, horsetrotting.net receives a small commission with no extra cost to you. Cheers!

← Hagersville, ON: Christmas Open House with Rescue Horses
Travel Asheville, NC: Ride like a Vanderbilt at the Biltmore →

Pet Photos with Santa: Tips, Tricks, and Trips (plus photo ops in Ontario)

Here’s a dogtrotting.net round-up of Pet Photo events (hopefully) near you. If not, there’s always dog-friendly hotels nearby – make a weekend of it. We will!