A Year of Heroes #4: Ralphy’s Retreat Animal Sanctuary, Norfolk, ON

Not in apartments or urban settings (usually) and many people don’t know this until they try it. Then it’s sanctuaries like Ralphy’s Retreat in Norfolk County, Ontario to the rescue – when they can. Many sanctuaries are full. Yes, full. That’s how many pigs need rescuing.

Potbellied pigs are smaller than farmed pigs, and really cute as piglets – that’s the image most people see. However, regular pigs can grow up to 1000 pounds. What many people don’t know is potbellied pigs grown on average to 120 to 200 pounds – technically smaller than a farmed pig  but often too big for the living room – which is why Ralphy’s Retreat and Animal Sanctuary is at capacity.

Ralphy’s Retreat, a registered non-profit, is the permanent home of about 60 potbellied pigs – a number that accelerated after two pregnant sows rescued from the side of the road had five to seven piglets each. These sows were likely ‘released’ into the wild by an unsavory breeder who discovered pet pigs weren’t as profitable as first though. Unfortunately, this is a too common occurrence according to Ralphy’s staff.

Papa pig was found wandering not far away.

The entire family is doing well and the busy pen of piglets attracted scores of admirers at Ralphy’s annual open house and fundraiser in June 2017. 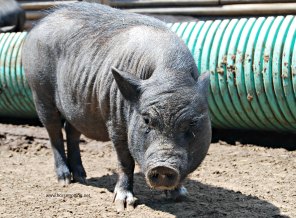 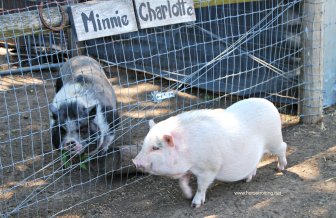 Also available (for a fee) is human/animal bonding experiences for individuals, families and small groups. It’s a type of animal-assisted interaction  facilitated by Kara Burrow, a special needs teacher and president/founder of Ralphy’s Retreat, housed on her family farm.

The public can visit Ralphy’s once a year during the annual open house each spring, and by appointment throughout the year. Suggested admission is $5.

What does this have to do with horses?

These little piggies share the family farm, tucked away on a side street in the small village of St. Williams, Ontario. Fourteen-rescued equine – mostly horses, several minis and one blind donkey named Radar – also find sanctuary at Ralphy’s.

Every horse has a story, including Teddy and Skipper, inseparable buddies who share the large farthest pasture. Tess and Ginger, mom and daughter, literally have their own book. Their rescue tale is woven into a children’s picture book that ends happily-ever-after at Ralphy’s Retreat Animal Sanctuary. (Radar, below, loves to roll and sleep).

The pigs and horses are joined by several roosters, ducks, cats and three dogs – each can be sponsored via monthly donation. 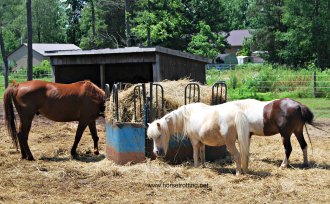 If you ever wanted to visit the popular conservation area of Long Point, Ontario, Canada, here’s a great opportunity: Wellies & Wine on October 22, 2017 is a sponsored walk to raise funds for a new well at Ralphy’s Retreat. Following the walk, participants will eat at Long Point Eco Adventure then head to Burning Kiln Winery to celebrate a successful fundraiser.

Visit Ralphy’s to register or donate. 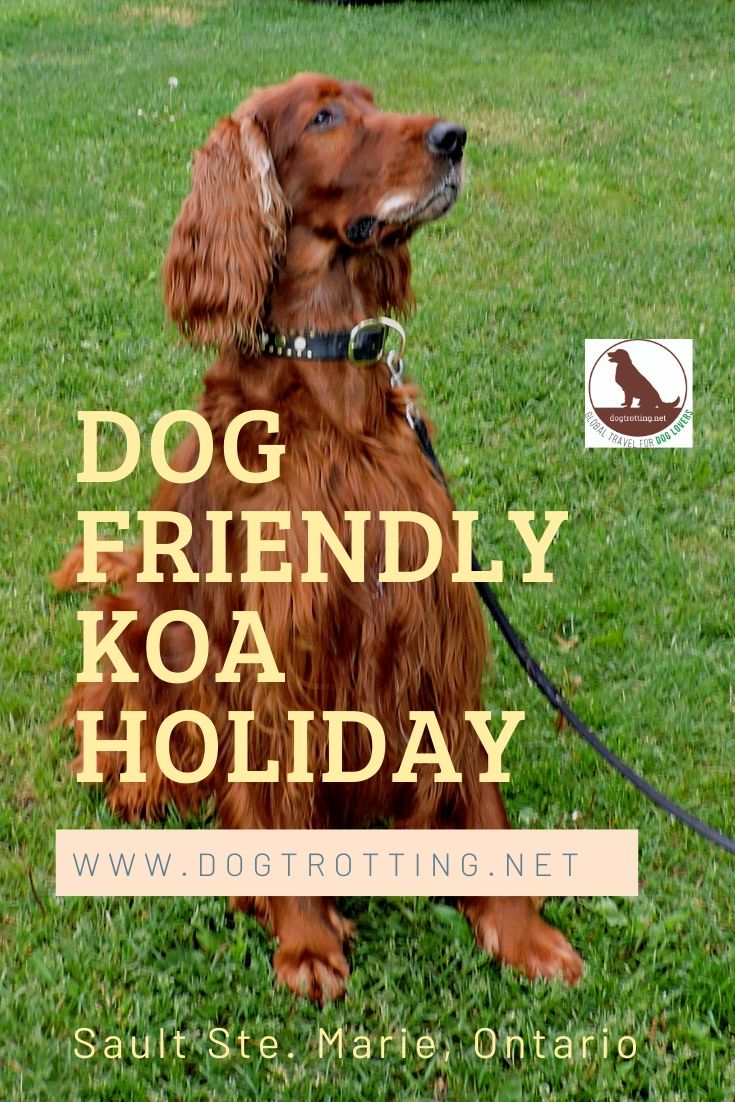 Yes, there are KOA Holiday Campground everywhere (especially in the US) and yes, I’ve already explored Sault Ste. Marie with my pup (see here) and stayed at the Hilton Hotel along the waterfront (no complaints there). But the KOA had dog stuff – lots of dog stuff for a campground that isn’t specifically for dog people

Like so many, our travel plans have changed. In a parallel universe, my dog Victor and I are in Ottawa, Canada stretching our paws past thousands and thousands of tulips blooming annually as part of Canada’s Capital City’s Tulip Festival. Instead, we’ll have to enjoy the acres of blooming bulbs online at http://www.tulipfestival.ca catching glimpses […] 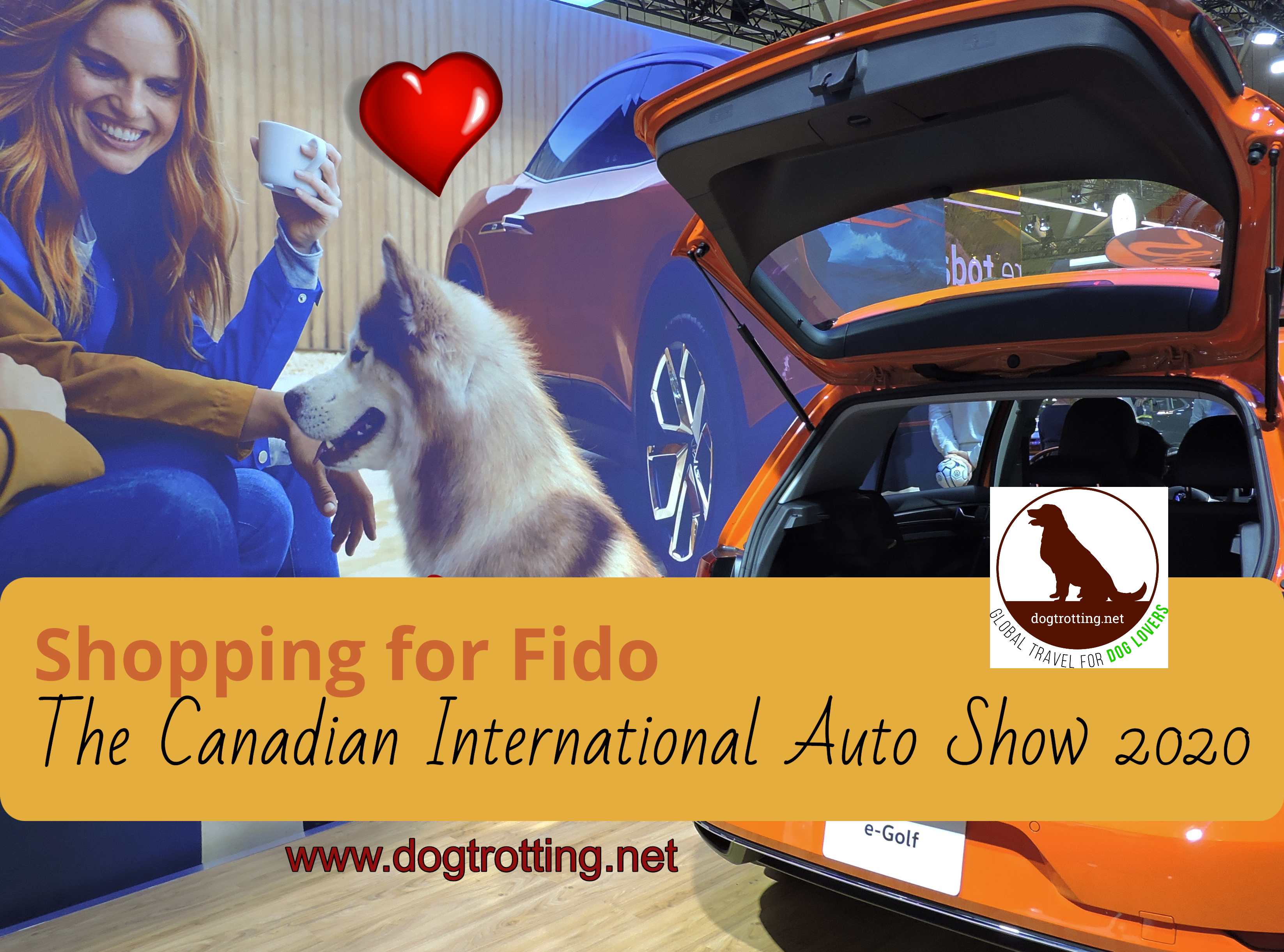 True, 2020 should have been the year I bought a new car, but that honour goes to 2019 when my faithful KIA Soul finally packed it in after 320,000 km of dog-friendly car trips across North America Likely, not a lot of people are looking at new cars right now (though financing is great), but […]

Your Pet Your Socks: Wear your love on your feet (20% off discount included) 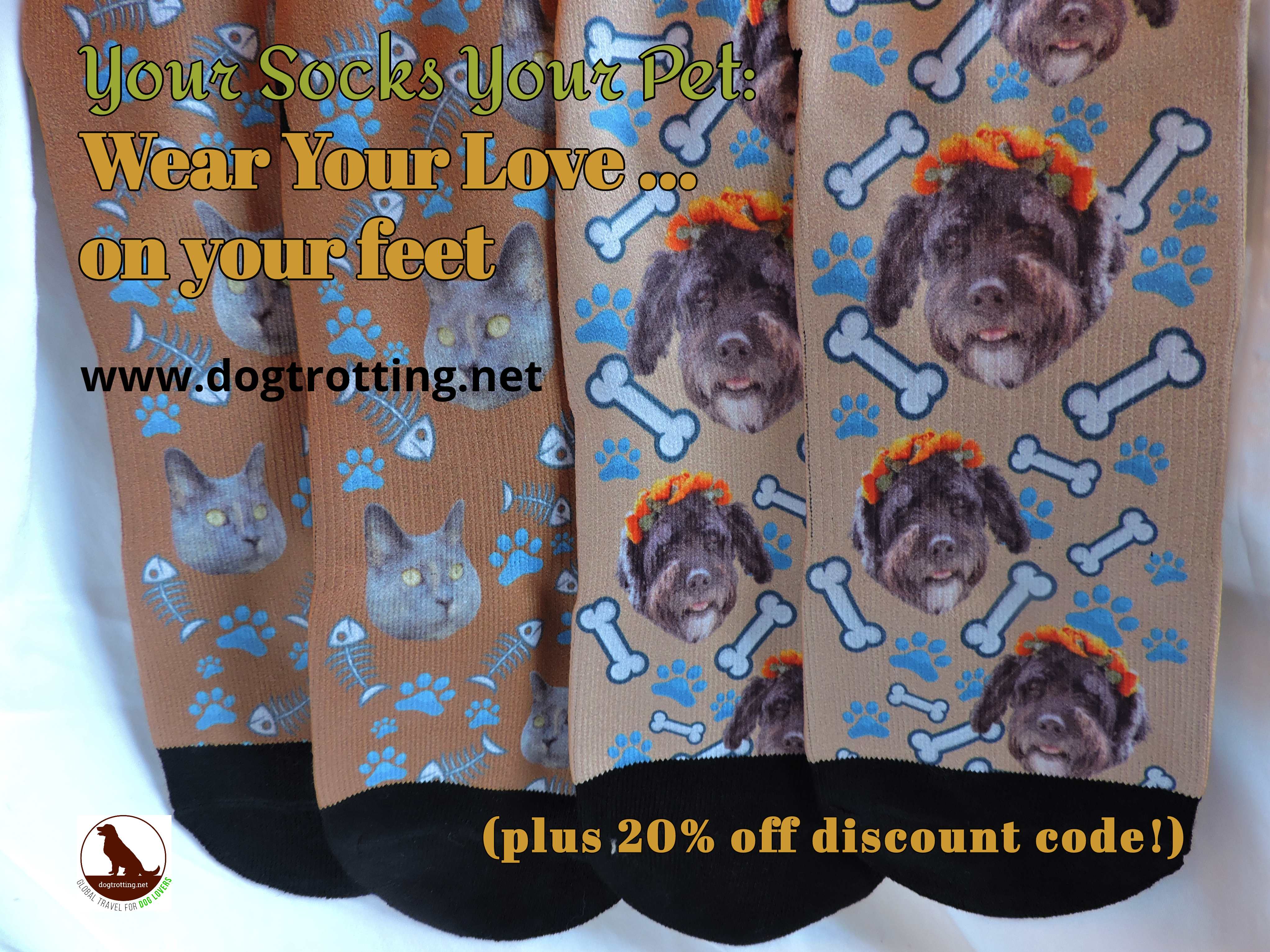 Need a great pet parent or dog lovers’ gift? Sock it. Even for yourself, or especially for yourself. (Get 20% off – see below). The eve of 2020, I made a weird New Year’s Resolution – no, it wasn’t to stay home for weeks with my dog and two cats but here we are. My […]